It took a little investigating, but these two gentlemen are now known. Their names are Paul Carden and Tom Hood. Together, they produce the sound of a full band that kindles country, blues, folk and ol’ time western Americana…. Kenyon Hopkin – Island Ear Magazine Songwriters

Paul Carden and Tom Hood take a collection of well written original songs and give it a very basic and raw treatment that lends itself more to a feel of being in someones living room that a slick production CD….. Richard LHommedieu – LI Entertainment Magazine 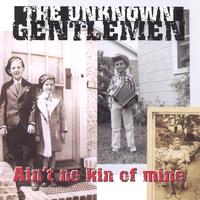 Ain’t No Kin of Mine” and “Way Out” represent the body of work so far of the east end duo, The Unknown Gentlemen. They also represent the two different sides of this quirky, talented pair as “No Kin” demonstrates the acoustic side of the band, while “Way Out” illustrates the Gentlemens electric side. … Richard Hughes – Goodtimes Magazine 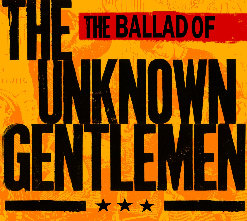 Paul Carden and Tom Hood have done it again. They have released “The Ballad of The Unknown Gentlemen” featuring a variety of roostsy original tunes that sound like they came from vintage recordings. This cd is a worthy addition to a collection of well-crafted Americana. … Hank Stone – Aural Fix Magazine 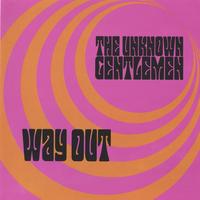 From the title and opt art design of this CD, you might think “Way Out” is a disc of psychedelic music. And you would be right. Not the Beatles-inspired, progressive “guess what chord I’m playing next” psychedelia, but the grittier, garage version, like the 1960s gems collected on the old Nuggets LP, re-released and expanded in recent years to a 4 CD box. These 10 tracks would be right at home there. The Unknown Gentlemen recorded and released this album simultaneously with “Ain’t No Kin of Mine” (reviewed in Sept 2002 Aural Fix) where that collections was a primarily an acoustic set featuring epic narratives of loners and misfits, this disc is more electric and concerned with interior monologues, a psychic landscape. In “Hold it Inside” and “House on Fire” Paul Carden’s gruff vocals give an emotional weather update, warning of the storms people hide from each other. “my mind is the enemy” indeed. Tom Hood provides most of the instrumental prowess, playing guitar, bass, drums, harmonica and penny whistle and adding sweet harmonies (“The Invisible Man”) or vocal interplay (“Shining Superstar”). The characters (or is it one character with many moods?) range in behavior from menacing their unnamed listeners to offering limited solace (“Underneath the Moonlight”) Carden and Hood who wrote all the songs here together, understand the minds of both “The Beautiful and The Damned”, and although the title may promise a solution, for most of these people there is no way out. One hopeful spot comes as “Its Understood” morphs from a light acoustic based shuffle into a cosmic anthem, “come on turn up the power, its alright as the music gets louder” in a dream of a perfect world, I see a stadium full of fans, lighters aloft, singing along. Until that dream comes true, you can get this CD and crank it up at home. … Hank Stone – Aural Fix Magazine 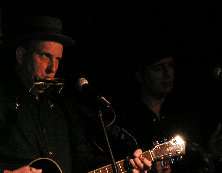 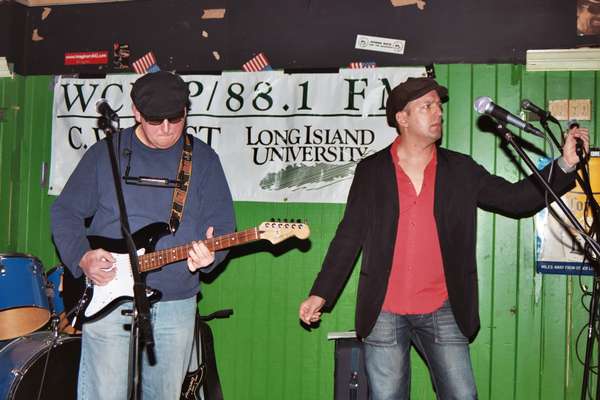 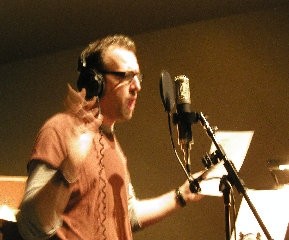 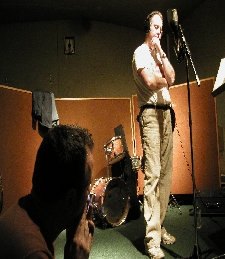