In 2004 Paul and I recorded a bonus track “Coming Home to Christmastime” during the sessions for our cds “Ballad of The Unknown Gentlemen” and “Love Waits for No One”..   The master was lost.. I had no idea where it was and with several moves in my life we assumed it was gone.   This year while I was staying at Hoods Hill in the Bahamas I opened an old cd player (walkman) and there it was!!!  The Master!!!!

So from Paul and I …”Coming Home To Christmastime”

As I am updating this site I have reflected on how our music has stayed alive long after we broke up as a duo. Several of the UG tracks have been recorded by my current bands..The Trailmen and The Tropical Sons.. and many songs rotate in our live shows. Even better for me is running into fans who remember our shows from CBGBs and Ottos Shrunken Head in NYC or at a dozen different venues we played regularly in Long Island. 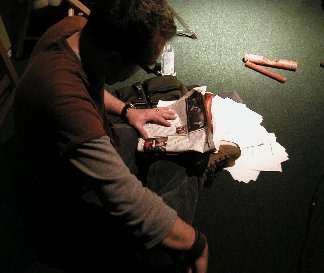